Camino Portugués for the Alzheimer’s Association 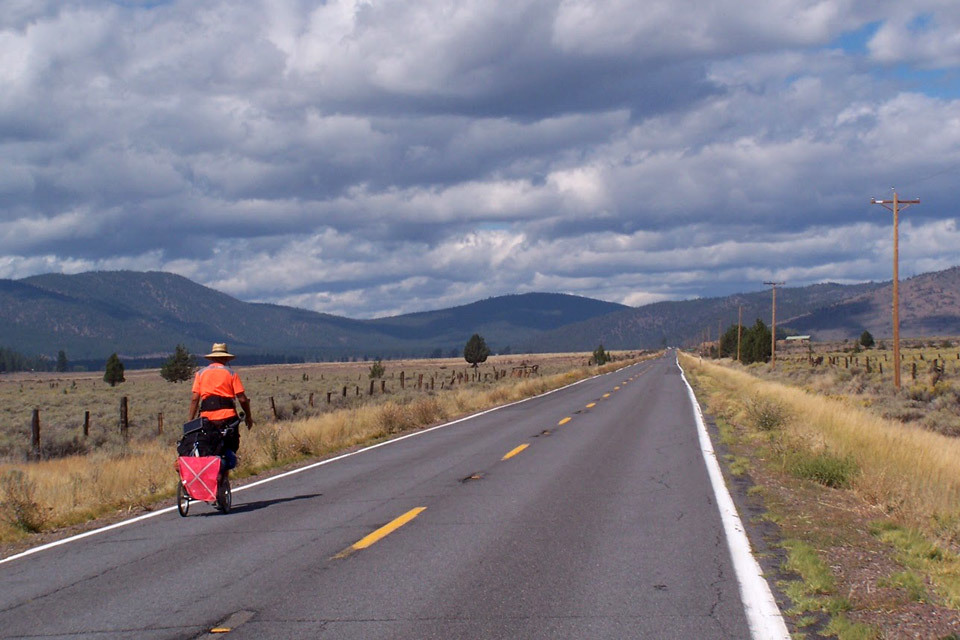 Due to a back injury, sixty-five-year-old Ted Stekkinger was unable to carry a backpack to complete his dream of trekking the Pacific Crest Trail to Canada, so he decided to trek with his Wheelie Walking Trailer along alternate routes, aqueducts, and trails, from his home in Ventura, California, to Canada. He completed his goal in the summer of 2015 after trekking 1,435 miles (2,309 kilometers), camping most of the way.

May/June 2018 - Camino de Madrid 445 miles: Three months after having a knee replacement, which I would not have been able to do without the Wheelie.

Feb/Apr 2019 - New Zealand 838 miles: From the bottom of the South Island to the North Island.